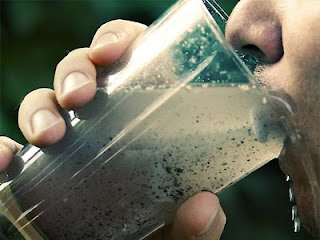 This is not a charge against all things comfortable. It is about practicing the all too neglected ways of the survivalist…in body, mind, and spirit....physical, mental, emotional. This is a return to those simple little childhood lessons. First, physical:

Of course most people see surviving as sustaining life during an extreme hardship. There are tales of shipwreck, avalanche, and disaster “survivors.” But the same term can be used to describe a marathon or triathlon performance….”I barely survived the race. It was grueling.” Enduring volunteered physical hardship is the most common sort of survival for most Americans. Multi-day hikes and mountain climbing are two such events. Survival can also be seen as something much less dramatic, such as being able to live an active life as an elder or withstand sickness, illness, and injury.

Physical fitness is another avenue of survival. If the challenge to life so happens to be a physical one, who is ready? The one who has conditioned his/her body on a regular basis in the gym or on the track? Or the one who prefers to sleep in late? Physical survival hinges on an ability to perform and endure. Joking about drinking beer or smoking cigarettes rather than lifting weights or running is a testament to how popular culture is split on how important physical fitness is to life. Again, the path of least resistance seeps in. No pain, No survival!

Imagine that only three generations ago inside the United States, it was commonplace for coal-fired home furnaces and boilers, and air conditioning was but a pipe dream. People simply adapted to their environment. This is not the case today. It’s not even an option to buy an automobile without air conditioning! If someone’s home or apartment doesn’t have cooled air in the summer, they are immediately pitied and labeled as destitute. For most, the perfect indoor climate is only a thermostat adjustment away. During a day or week when the air conditioning or heating goes out, who is more able to withstand the variances? The one who as been accustomed to absolute comfort, or the one who has been doing without already?

Does anyone think World War II veterans ever imagined the day when people would buy bottled water? Or pay $5 for a cup of fancy coffee? These modern trends are turning Americans into snobs, turning their heads at any food or drink that is not up to the lofty standards set by contemporary culture. At the dinner table, absent are the meals of meat, starch, vegetables, and bread, replaced by what tastes best. Dinners now consist of hydrating or reheating packaged and preprocessed foods. The modern family dinner is the perfect example of how wants (tastes) have triumphed over needs (nutritional requirements). Does anyone think a WWII veteran would ever expect something “purer” than tap water? Of course not. Yet current culture constantly witnesses its members turn up their noses at water that comes out of a sink faucet rather than a sealed plastic bottle. This snobbishness is cultivating a weakness….inability to drink water that has the slightest taste or odor.

Lastly, our modern culture has been charged with being over-medicated... being prescribed drugs for any and all ailments and sicknesses. Gone are the days of chicken soup and a good night's rest. It seems that medicine has surfaced as the first and only remedy for even the slightest of physical (and now mental and emotional) issues. This over-medication has been identified as a cause of weakened immune systems...creating an even bigger problem than before.

These are just some of physical aspects of how fitness and nutrition have been altered in recent generations. It’s plain to see that modern luxuries are weakening the survivability of the human race. Hardship is more difficult to endure when the disparity among daily routine and the disaster is such a leap!
Posted by Louis Hayes at 1:00 AM