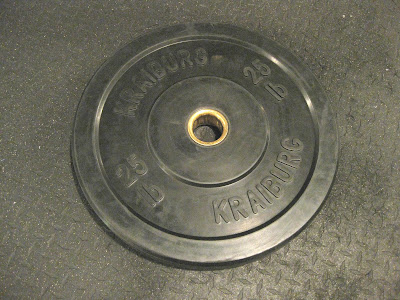 Skill development is a critical component of any workout program. It demands participants learn new skills and practice them regularly until mastered. With the approach of the Prison Workout #3, there are bound to be many new participants who simply have never been exposed to certain barbell lifts. If you have completed the other PWOs, some of the movements will be almost identical to bodyweight or KB exercises. I will be posting new videos, however some of them have been listed as Exercises of the Week in the past years and months, as well as for other PWOs. Not all PWO#3 exercises have videos posted on this blog yet.Here are some you should be practicing:
I heard an interesting statement from the founder of CrossFit. What he said is likely not appreciated or agreed upon by many in the fitness industry...but his point makes sense to me. He said the best method to lift weights is with perfect form. He said the worst thing is to not lift them at all. Doing the movement wrong (I believe his word was "shitty") is better than not doing it at all.
Here is my example: Many prospective participants of these functional programs tell me this: "I don't know how to deadlift." I always respond in the same abrasive tone with something like: "You mean 'I don't know how to deadlift with efficient technique?'" The reason I sarcastically ask that is because no one has to be taught how to deadlift. It's a natural pre-programmed movement in our human design. Now there are specific rules when competing. And there are certain tricks to do it efficiently to maximize the load. But there really isn't a wrong way to deadlift.
Some of the ways I've seen might increase the chance for injury. But the load/weight and has a lot to do with that. Seems like most injuries occur to new lifters with too much weight for that poor form. Now if a seasoned lifter continued to build up musculature for his/her poor (inefficient) form, the chance of injury goes down. Yet overall chance to compete against those with perfect technique is also slim.
Moral of the story: Don't overdo it with too much weight too early. I'd rather you start WAY too light....especially if you are unsure about your form. But do the exercises. All of them.
Email me with questions. I can lead you to more online videos or even professional training.
Posted by Louis Hayes at 5:55 PM