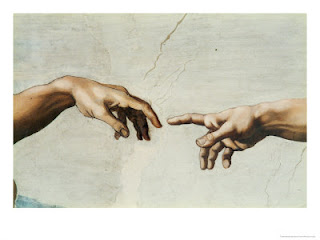 A rebirth of personal excellence here in 2008? Sounds somewhat odd, doesn't it? We live in an age of dodging obstacles and taking the paths of least resistance. The most popular current self-help resources are those that inflict the least personal pain...diets with no hunger, workouts with no soreness, and religion with no guilt. But going back to Eurpoe a half-millenia ago, quite the opposite was occurring. The Renaissance was in full swing. It was a cultural shift that brought us advances in art, science, and religion. Scholars and artists led the charge to be the best they could be as whatever cost. We at Trinity Training Group are asking the same today...a "personal Renaissance." When we enrich our Minds, Bodies, and Spirits, we see great benefits.

Imagine a day with time spent equally in a gym, a library, and a church. That sort of well-rounded attitude is what pushes the human experience to new levels. Mental and emotional healths tend to be overlooked these days, with a focus instead on only physical wellness. But even physical strength and stamina cannot reach full potential without proper effort spent in spiritual and mental exercises. This blog will address different ways to challenge the Mind, the Body, and the Spirit. We make Renaissance men and women!!

“In Italy for thirty years under the Borgias they had warfare, terror, murder and bloodshed but they produced Michelangelo, Leonardo da Vinci and the Renaissance. In Switzerland, they had brotherly love; they had five hundred years of democracy and peace and what did that produce? The cuckoo clock.” - Orson Welles
Posted by Louis Hayes at 9:31 PM