The Man in the Arena

It is not the critic who counts, nor the man who points out how the strong man stumbled, or where the doer of deeds could have done them better. The credit belongs to the man who is actually in the arena; whose face is marred by dust and sweat and blood; who strives valiantly; who errs and comes short again and again; who knows the great enthusiasms, the great devotions, and spends himself in a worthy cause; Who, at the best, knows in the end the triumph of high achievement; and who, at the worst, at least fails while daring greatly, so that his place shall never be with those cold and timid souls who know neither victory nor defeat.

What strong emotions run through the veins of competitors!! Whether winning or losing, emotions run wild. There is fire inside those who give their best, regardless of the results. Anyone who watched the Olympics over the past few weeks surely saw some favored athletes falter and some long shots take home medals. Nothing is for sure. 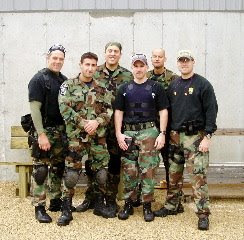 I remember the exact circumstances when I first read the above words by Teddy Roosevelt. It was posted for all to see by our unit commander after a few of us team members returned from a poor showing at a state SWAT team competition.
I was one of a handful representing our unit in the competition. As first-timers in the multi-day challenge, we had no idea what to expect other than it would surely be a test of firearm skills, physical fitness, teamwork, and mental stability. We were right. It was a test of all those things. And we failed! We left imagining how we let down our brothers who were at home across the State.
Upon our return to town, we discovered our then-commander had posted this passage by Roosevelt. It completely turned my sense of melancholy, embarrassment, and failure. I instead returned to a focused and mission-driven state of motivation, stronger than before the competition. I told myself I would never accept myself to sulk in the sorrow of a loser, nor would I allow my apprehension keep me from participating again. Several of us competitors committed to return the next year. We trained with an intensity that could not be outdone. We returned and won FIRST place! And repeated in the following years!
One of our teammates uses a phrase that summarizes the vulnerablity of competitors: "putting yourself out there." It means that when someone accepts a challenge subjecting themselves to a stopwatch, a panel of judges, a hit/miss target, or any sort of challenge, that person presents him/herself for all to see. As if on stage or television, results are published for all to Monday morning quarterback. And there will surely be critcal judgements if the performance is not flawless. This teammate of ours puts a lot of stock in those who "put themselves out there." To him, it's a peek into that person's character....one of confidence, dare, effort, challenge, preparation, and resilience.
I have learned worthy lessons at both ends: Victory and Defeat. I'm not sure anyone can ever say I'm a cold and timid soul. I might be called slow, weak, uncoordinated, or a failure, but never one who shuns a good competition. My phone always rings when someone is looking for a partner for TREVOR, MALTZ, MURPH, 300, half marathon, adventure race, I.D.P.A. match, 100 Day Burpee Challenge, or whatever crazy event is going on. Sometimes we win; sometimes we lose. But we always go home knowing we each did the absolute best we could!
I guess I love jumping into the arena and "spending myself in a worthy cause."