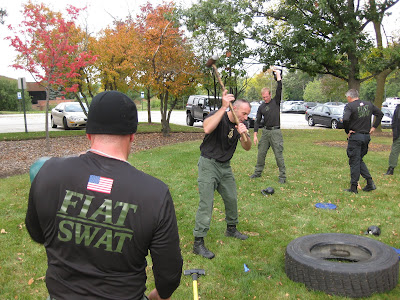 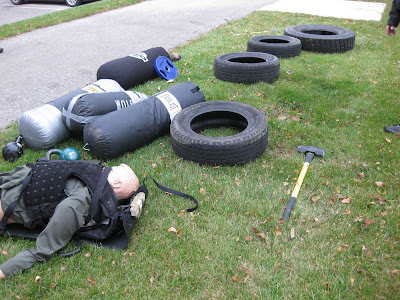 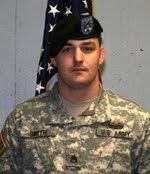 Situation: While conducting a security patrol in a US Army Hummvee was hit by a RPG during an ambush of their patrol. The Team Leader in the Hummvee was able to radio for help and requested immediate rescue for personnel with life threatening injuries. The rest of the convoy has been cut off from the Hummvee and is currently engaged in a fire fight with the enemy forces. It was decided a small rescue team of four would extract the injured personnel and recover or destroy any sensitive equipment.

Objective: The primary mission of the Rescue Team will be to conduct a rescue of the injured personnel and move them to the Evacuation Point and stand-by for the Medivac. The secondary mission will be to recover and/or destroy any sensitive equipment at the attack site to ensure it does not end up in enemy hands.

Evacuation: Move at a fast pace to evacuate vehicle with personnel and equipment out of kill zone to an area where Medivac can safely evacuate the injured

Stand-by for Medivac: Quickly and efficiently destroy sensitive equipment to reduce your load and speed up your own extraction.

Extraction: Move injured personnel to the Medivac for Extraction.

This related to the following exercises and tasks:

Extraction
The individual event is similar to the team workout.
For more Full Mission Profiles, visit Brass Ring Fitness.
Posted by Louis Hayes at 5:30 AM

Thanks for the Post!! Great times had by all.