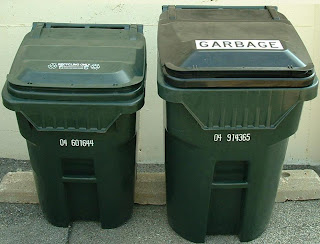 I was talking to a veteran garbage man the other week. He explained how new guys riding a garbage truck are usually put to shame by the day-in-day-out performances of the older (and seemingly out of shape) men. At the end of their first week, these young pups with chiseled chests and bulging biceps are nearly falling over from fatigue of carrying and lifting bags, cans, and boxes into the hopper. At least their arms look good with sleeves rolled up.

This is the truest example of functionalism out there. Here we have a young man who has religiously followed an accepted and traditional weightlifting/bodybuilding routine. It has given him exactly what the program originally intended: a built body. It is nice to look at, and he is excellent at those movements such as curls, bench press, and shoulder shrugs. however, the task-relatedness is virtually non-existent. His program lacks the mimicking of real life, which for him is now carrying and lifting heavy garbage cans...all day long.

Veteran garbage men have adapted to the physical needs of their job. Their "workouts" have been their pickup routes, and they do them everyday! They not only have workouts that mimic real life, their workouts ARE real life. The garbage man I was talking to is a slender (some say skinny) man. He never had nor will have big arms or a buff chest. But his body is absolutely excellent at preforming certain coordinated tasks: lifting odd shaped items off the ground, carrying them, then throwing them into a truck box. For those who equate a muscular frame to strength, his ability is surprising. The garbage man is the embodiment of a Functionalist because HE HAS TO!!

After beginning a different post (which will likely become Part 2), I decided to begin the Functionalism theme with this antidote of the garbage man. Until I get around to posting future parts of this topic, make a mental list of some of the physical tasks in your life. Start with this: carrying grocery bags, helping my brother move into his new apartment, etc.
Posted by Louis Hayes at 12:32 PM

Exactly! Many triathlon coaches/know-it-alls say we don't need to do strength training for our sport, which is true, but I do it for everyday life, like being able to push a snowblower or lawnmower,rake leaves, climb stairs, etc. Many people get injured doing their sports because they were weak when trying to do their NOT sports.

I doubt garbage man can ride a bike as well as me, though :) Just sayin'