Resolutions for the New Year? 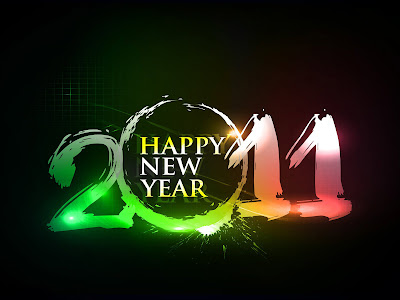 I've always detested New Year's Resolutions. Not anymore. I realized what repulsed me wasn't actually the resolution-making itself, but the casual attitude toward failing in keeping the promise.
We all know the joke about the mad rush into fitness clubs in early January...versus the same club's emptiness in mid-February.
Maybe one of the problems to resolution-keeping is the unreasonableness of the promise. Do we make pledges that are too demanding, too idealistic, too difficult to keep? If your resolution is to get to the health club five days per week (and you currently don't even own a membership) maybe you are setting yourself up for failure. The same goes for strict crash diets.
I'm recommending gradual changes. Instead of "swinging for the fences," let's try to "hit for average." Go for the base hit rather than the homerun.
For me, I'm going to be continuing much of the rules I put out for myself during The Hard Routine 2010. I'm on a break from my rules from Christmas Eve until New Year's Day. I've made too great of progress to throw this all away!!!
Again, please vote in the poll question posted in the right column >>>>
Posted by Louis Hayes at 10:46 AM