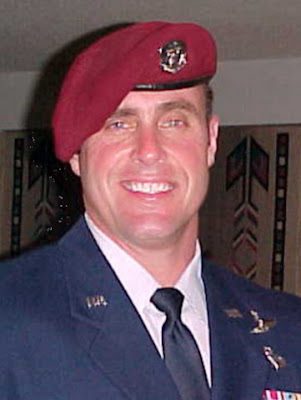 Congratulations on your desire to complete the US DEA's MALTZ Challenge, on Saturday, March 19th , 2011. What lies ahead is quite a journey. Some experienced functional fitness enthusiasts need every bit of an hour to complete this grueling contest. Even if you consider yourself to be in elite physical shape, a half-hour is a very aggressive goal. Armed with the right mindset and proper preparation, finishing a MALTZ is not a distant dream. If the full challenge is too much of a commitment, then consider finding scaling options such as Half-MALTZ or Assisted-MALTZ.
There are plenty of exercise ideas on how to achieve this goal. Three pieces that factor into a plan of preparation are:
Since I cannot address each potential participant's abilities or weaknesses, I have to estimate an average for the first answer - and I'll pick "relatively non-functional." (Even if you exercise quite frequently, functional fitness workouts make demands on a body that traditional cardio and/or bodybuilding-type resistance training does not.) I will also average the second answer, and assume two days per week is fair. For the third question, the Maltz Challenge - Chicago 2011 is about 10 weeks away. Here are SOME ideas for one's preparation journey:
First off, one must learn each of the movements or exercises.
None are all too technical. Most have been practiced since grade school fitness tests. However, learn them properly so the other participants don't tease you for your bad form!
KEEP IN MIND THESE ARE ONLY IDEAS ON HOW TO BETTER PREPARE YOUR BODY AND MIND FOR THIS CHALLENGE. THERE ARE MANY, MANY OTHER METHODS AND PHILOSOPHIES. THESE JUST SO HAPPEN TO BE MINE.
Take one day each week as "Partial MALTZ Day" -- maybe a Saturday? Consider gradually building up each week. Since the event is 10 weeks away, take the first week to run through all the exercises, but doing only 10% of the repetition numbers. For example, only do 5 pullups, 5 dips, 10 pushups, 5 hanging knees-to-elbows (HK2E), etc. In Week 5, those numbers jump to 25 and 50. It doesn't sound like much, but those numbers jump up each week until the last week is the actual event. The actual event requires each movement be finished before moving down the list. Try this on a weekly basis with less reps than the 50/100.
Use other exercise days to develop abilities in specific movements. Some participants might like to work on the complimenting movements on the same day (ex: Dips with Pushups, or HK2E with Situps). Others would prefer to pair up opposing movements (ex: Pullups with Pushups, Dips with HK2E, Farmers Walk with Situps.) There are endless ways to combine exercises, repetition numbers, and set numbers. The following are just SOME examples of what a workout session might look like (each line is a separate day's workout):
Each of the above sessions should be done As Fast As Possible. Take rest only when absolutely necessary. When even small repetition numbers of 5 become difficult, do 3-2 or 2-2-1, but try to complete 5 before moving on to the next movement. Workouts towards the beginning of the preparation cycle should resemble those at the top of the list. As the event date nears, the workouts should begin to resemble those at the bottom of the list (with larger repetition numbers). Where I posted "scaling" options, if the suggested repetition numbers are too high, then adjust them down. I do recommend keeping the proportions of repetitions equal to the event (ex: pushup numbers are double that of dips).
I purposely ignore the 400m running or the Farmers Walk in these prep sessions. There isn't all that much time to be made up during the 400m runs. The Farmers Walk is more about "gutting it out" than anything physical. During the event, it just plain ol' sucks and burns the forearms. I'd recommend adding in a few unstructured Farmers Walks into a prep plan, but nothing formal.
So with two days per week, that would include one circuit session (in green above) and one Partial MALTZ Day. If you want to add in a third day, have at it. But I would suggest against more than 3 days per week of event specific training. I would prefer one to instead participate in some other fitness programming, such as kettlebelling, running, rowing, stairclimbing, or anything else that doesn't replicate the same movements as MALTZ. Do not overtrain!! Rest and recovery is critical to growth and advancement.
The idea of preparing for an event like this goes against much of the theory behind functional fitness (and especially the brand name CrossFit). However, I believe that when one knows the What and When of a challenge, one should exploit the opportunity to train for it! Read this post that helps explain my position on the difference between a general/broad fitness program and event prep. 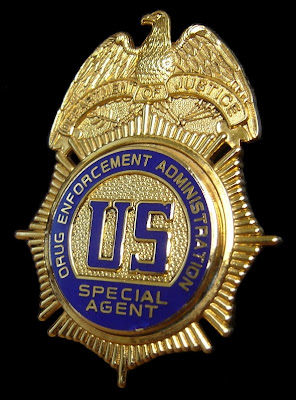 Spread the word. The MALTZ Challenge - Chicago 2011 is being hosted at CrossFit Darien on Saturday, March 19th, 2011. The Facebook event page is open to public invitations. The US Drug Enforcement Administration's Chicago Division is the driving force behind the event in our region.
Posted by Louis Hayes at 11:00 AM